What Nepal can teach the world about resilience

Communities in Nepal show that it’s possible for even those with limited resources to better equip themselves to face flood risks – helped by committed individuals and Zurich’s flood resilience alliance.

Bina Mazhi lives in Kritiman, a community in southeast Nepal. She is only 16 and just completed grade 10 at school, but she already has an important role to play in her village: Bina works on the local disaster management committee. She joined the committee to be able to raise children’s issues. Her dedication shines like a bright beacon in a place where good news is often scarce.

In Kritiman, Bina’s hometown in Morang district, residents may face eight to 10 flash floods a year. So far, luckily, there’ve been no fatalities, but floods regularly destroy homes and make it hard for people to earn a living. Roads and farmland are inundated. During floods, it may be impossible to get to the local market in a neighboring town. In 2014, a flood cut off people in Kritiman from their local market in Letang town for 20 days. For a community like Bina’s, heavily reliant on farming, this can be a serious matter.

Providing communities in Nepal with new ideas and educating them about flood resilience will extend the positive impact beyond the life of our program.

Focusing on children to improve life in at-risk communities


Children at work in the local disaster management committee in Kritiman. This is an important part of life in the village.

Bina’s story is intertwined with Isabel Sommer’s, who works with some of the world’s most at-risk people – children. As the program manager for Plan International Switzerland, a children’s rights organization, Isabel supports Zurich’s efforts to increase resilience to floods in vulnerable communities.

Isabel works in Nepal with a team of 340 Plan International employees. They are assisting local communities to form disaster management committees like the one Bina is part of, allowing people to more easily share information about disasters and decision-making. They also work with communities to better prepare them for floods and other hazards. “Regular drills are carried out and even children help prepare evacuation plans. Teams in schools and communities are also trained in search and rescue,” Isabel says.

Learning that resilience is more than ‘holding back the river’

The Plan International team’s work includes doing meticulous surveys aimed at improving resilience. The surveys have produced unexpected benefits. For one, carrying out surveys has helped Plan International’s employees to learn more about resilience themselves. The surveys have also led community members to ask questions to better understand what they can do to reduce vulnerability; this includes gaining insights about what resilience really means. Or, as one resident put it, comprehending that resilience is more than just “holding back the river.”

Equipped with the information from the surveys, communities choose measures most likely to succeed. These may involve improving early warning systems and helping people get to safety quicker; possibly helping people to earn money even when floods make it impossible to farm. It may also mean making difficult choices, such as discouraging settlement in attractive, but flood-prone areas.

It is extremely important to make sure children’s voices are heard and their needs considered. Our ultimate goal is to encourage people, and especially children, to advocate for themselves.

Aspiring to make a long-term difference

Bina, like many children from rural communities, still lives at home and works with her parents on their little farm. She learned about climate change in school, and now wants to learn more. Hearing about climate change strengthened her commitment to help people in her village cope with and recover from floods. Bina’s greatest ambition is to make sure that children are considered in any discussions about resilience. She wants them to have a way to get to school even during floods. For Bina, education is key: it will be the path – hopefully a safer one in the future – that will allow all children to make improvements in their communities lasting well beyond just the next flood. 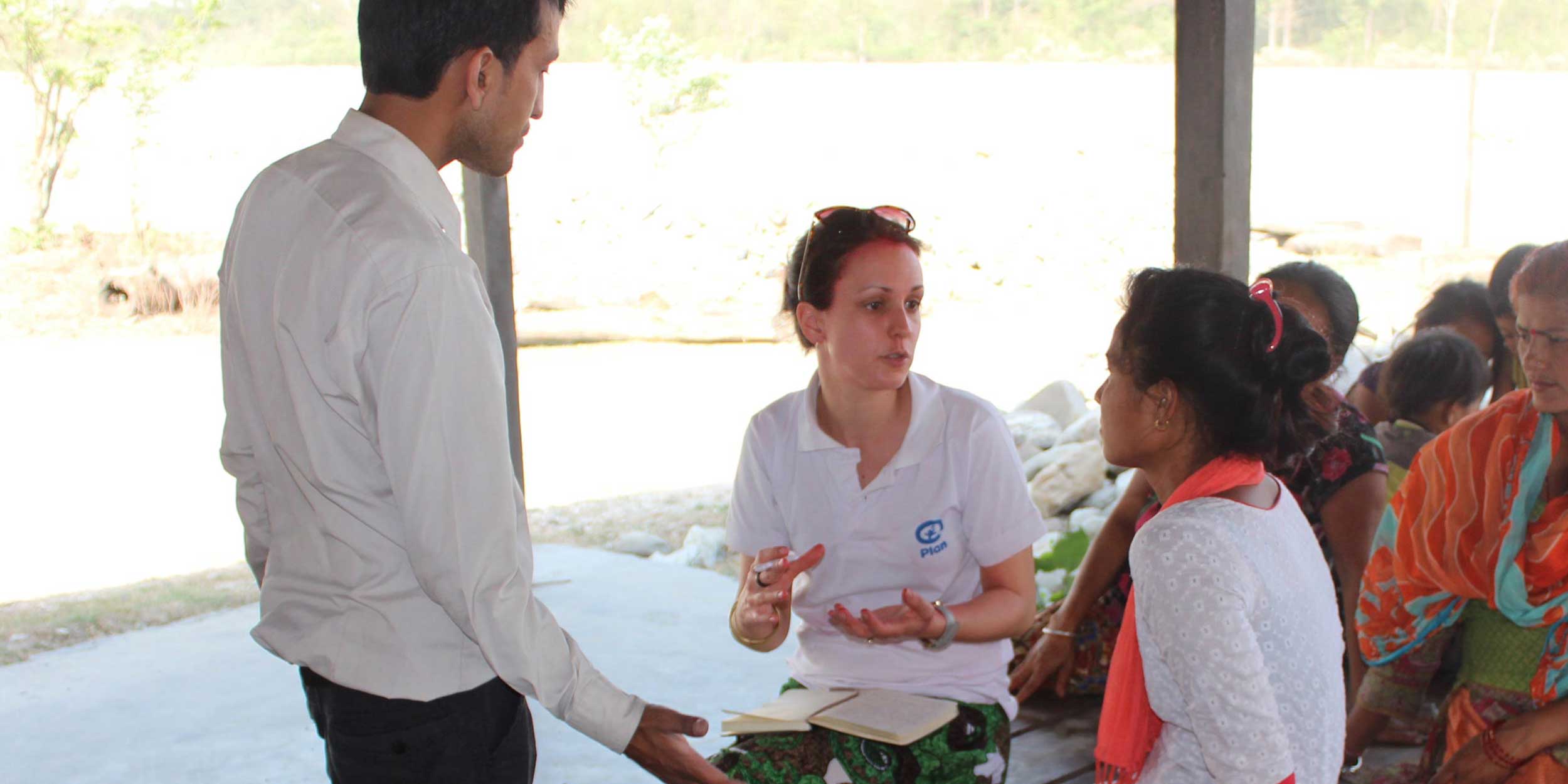 Plan International’s work includes taking surveys in towns like Kritiman. They ask questions: How often do floods occur? What things could be done to minimize damage to property before a flood? Are you volunteering? What local emergency staff serve the community?


The tool we are using to assess resilience changed the Nepal team’s approach. It provides a lot of flexibility in deciding how to assess a situation. As part of this process, those working in the field have discovered that the tool makes it easier for them to discuss results; by looking at different interpretations and challenging their colleagues and supervisors, they are able to choose the best solutions.”

- Michael Szönyi, Zurich’s flood resilience specialist, who supports teams like those in Nepal

As part of Zurich’s collaborative approach to flood resilience, we have made significant progress in developing our own flood resilience measurement tool based on contributions from all flood resilience alliance members. The tool has been reviewed by a number of external resilience experts and has been introduced to four additional community practitioners; the Academy of Sciences in the U.S., Concern Worldwide, Plan International and MercyCorps, which are testing the tool in their flood-related community programs from 2015-2017.


For more information about how communities can assess the resources available to them for resilience (including the ‘5 Capitals, or ‘5Cs,’) using the measurement tool here.