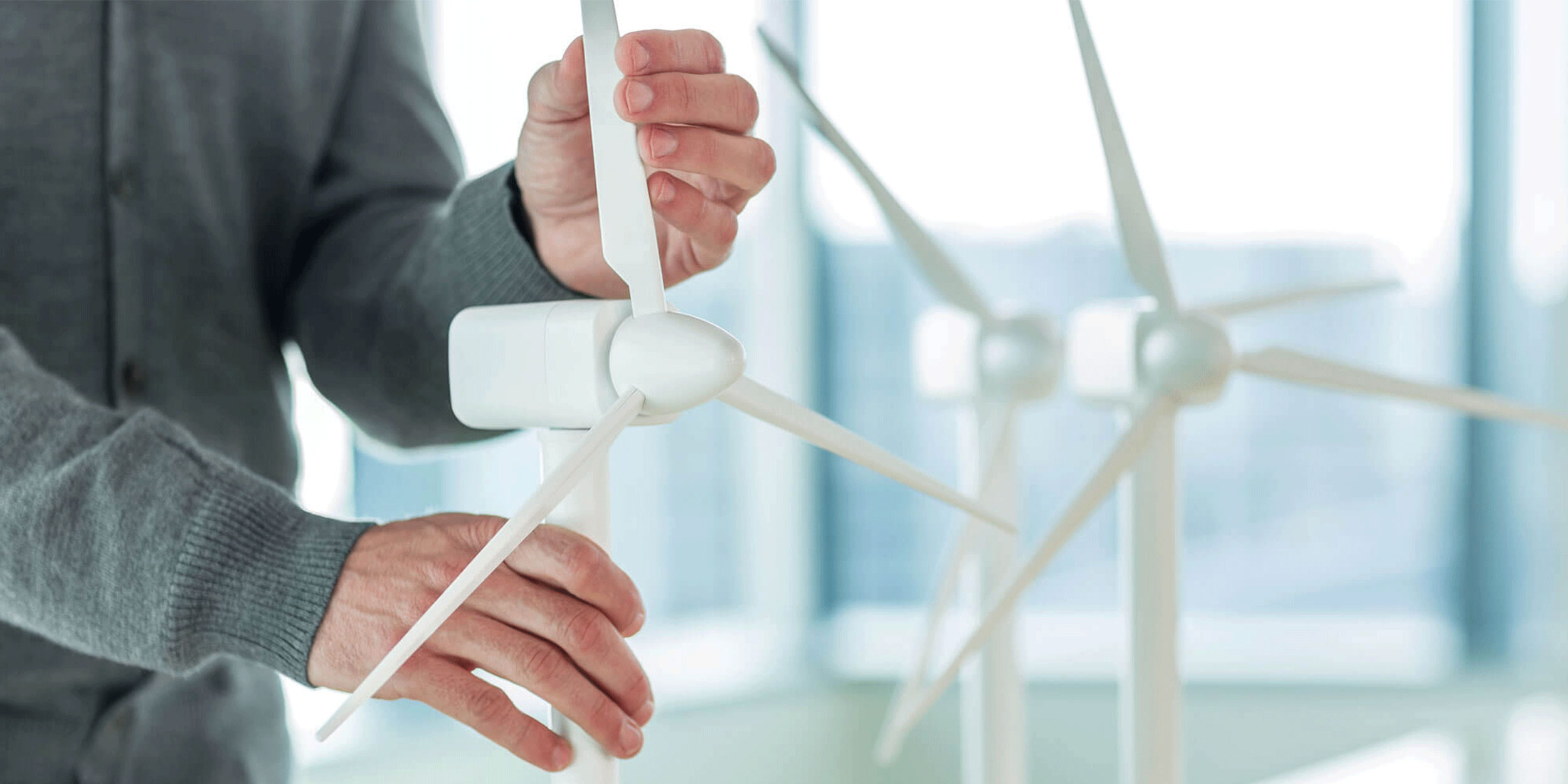 Zurich’s green bond investment surpasses USD 2 billion - what are they really worth?

Four years ago, green bonds were still a relatively new investment class, an innovation, a novelty. Zurich took a leap of faith, committing to invest in this fledgling market. Today, Zurich’s portfolio of green bonds has grown to over USD 2 billion. As an investment, it not only generates a solid return. The bonds also contribute significantly to reducing CO2 emissions.

As of August 2017, nearly USD 70 billion green bonds had been issued in 2017 alone, a figure equal to more than triple the volume of the entire year 2014. “It is a very promising development for a young market. And growth is continuing. This year, the USD 100 billion mark may very well be finally breached,” says Manuel Lewin, Head of Responsible Investment at Zurich, who is one of those responsible for Zurich’s early involvement in these investments.

With roughly USD 200 billion in assets under management, Zurich’s investment strategy and decisions can have an impact on society and the environment. We recognize the responsibility that comes with being a steward of such a large portfolio of assets. That is why we are applying our skills in investment management to address long term societal challenges to shape a more resilient tomorrow. Green bonds is a great tool to achieve that.

Green bonds are financial instruments that provide proceeds used to support environmentally beneficial projects, including renewable energy generation. The issuer is expected to report on how the proceeds are being used, both before the bond issued, and after the capital is deployed. Green bonds have been issued by a variety of different issuers (supranational institutions, municipalities, banks, non-financial companies such as utilities, car manufacturers, etc.) in different currencies and markets and structured in different ways (general obligation bonds, asset-backed securities, project bonds, revenue bonds, etc.).

First introduced about 10 years ago, backed mainly by development banks, the green bond market was off to a slow start. By the autumn of 2013, green bonds were still perceived as a novelty with less than USD 10 billion or so of these instruments issued. Zurich, keen to make a difference in an area that has a direct impact on us as an insurer, in that year committed to investing up to USD 1 billion in the market.

Sensing the promise in the market, in the summer of 2014 Zurich doubled its commitment to USD 2 billion dollars. It was still early for such a step in a year when green bond issuance totaled just under USD 20 billion. But new issuers were testing the market, and growth continued. In 2015, some USD 40 billion of green bonds were issued. In 2016, green bond issuance doubled again to USD 80 billion. Green bonds were now on everyone’s radar: conference organizers, journalists, policy makers, regulators, and, of course investors, banks and issuers. 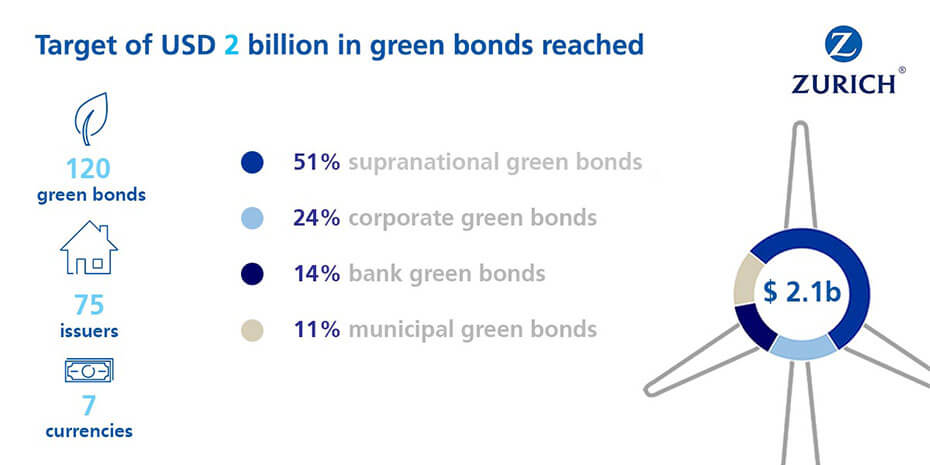 Green finance has gotten a boost from numerous agreements and expert groups, giving impetus to the market: the Paris Accord, the Financial Stability Board’s ‘Task-Force on Climate Change Related Financial Disclosure’ (FSB-TCFD), the European Commission’s High-Level Expert Group on Sustainable Finance, statements by the G7 and G20 finance ministers in support of tackling climate change and a host of other developments. And, investors continue to view the market with optimism, while seeking ways to support sound growth.

“We will increase our focus on impact and measurement,” Zurich’s impact investment expert Manuel Lewin says, adding that a lot more is still needed to deal with the risk of climate change. Zurich continues to seek ways it can make a greater impact.

Reaching our target: making a difference

Helped by growth in the market and increased issuance, Zurich’s green bond investments have now exceeded the USD 2 billion mark. Zurich has invested in over 120 green bonds, from 75 issuers, in 7 currencies, and over 14 teams contributed to the effort. “I’m really proud of that achievement,” Lewin says, adding that it took a collective effort to reach the target. While portions of the allocation were held in a dedicated portfolio, many of the company’s investment teams have actively added green bonds to their portfolio.

It’s also paying off for investors. Lewin is very confident that Zurich is receiving a fair compensation in terms of return given the risks taken from all the green bonds it has invested in. And up to three million tons of CO2 emissions may have been avoided as a result of the projects that have received the equivalent of USD 2 billion of green bond funding, almost three times the emissions of the entire city of Zurich – Switzerland’s largest city – or the equivalent of driving 600,000 cars for a year. “Those numbers are estimates, based on the impact reporting we receive from many, but not all green bond issuers,” Lewin says.

“Going forward, we will increase our focus on impact and measurement,” Lewin says, adding that having reached the target doesn’t mean that Zurich will now stop investing in green bonds. Much work remains to be done. Zurich is also involved in ongoing debates about standards, incentives, and other ways to allow the market to continue its growth while maintaining its integrity.

Despite all of the attention that green bonds receive, they aren’t the only solution. “A lot more is needed to deal with the risk of climate change, both in terms of contributing to mitigation, but also in terms of better understanding the potential impacts of climate change on Zurich’s portfolio,” says Lewin.