The cinchona tree and the axolotl (pictured) deserve to be better known. They play an important role in our wellbeing. One gives us the malaria drug, quinine, and the other is critical for medical research. Sadly, both are close to extinction.

We humans have a poor record when it comes to protecting the biodiversity of the planet. In the few tens of thousands of years that we have roamed the Earth, we have already caused the loss of 83% of wild mammals and half the world’s plants.

It shows we also have a poor record in protecting our own interests, because we derive huge value from our ecosystems. One attempt to put a monetary value on the goods and services they provide comes to an estimate of $33 trillion a year. That’s not far off the combined economies of the US and China.

What’s most alarming is that, despite the huge losses to biodiversity that we have already caused, these losses are now occurring faster than ever. This will hit bottom lines, be it in reduced fish stocks disrupting commodity supply chains or the loss of potential sources of new medicine.

The scale and pace of the decline is why the danger to biodiversity from human activity is listed in the World Economic Forum’s Global Risks Report as one of the top five risks over the next 10 years. Released today in partnership with Zurich Insurance Group and Marsh & McLennan, the report surveyed more than 800 internationally renowned experts and decision-makers. 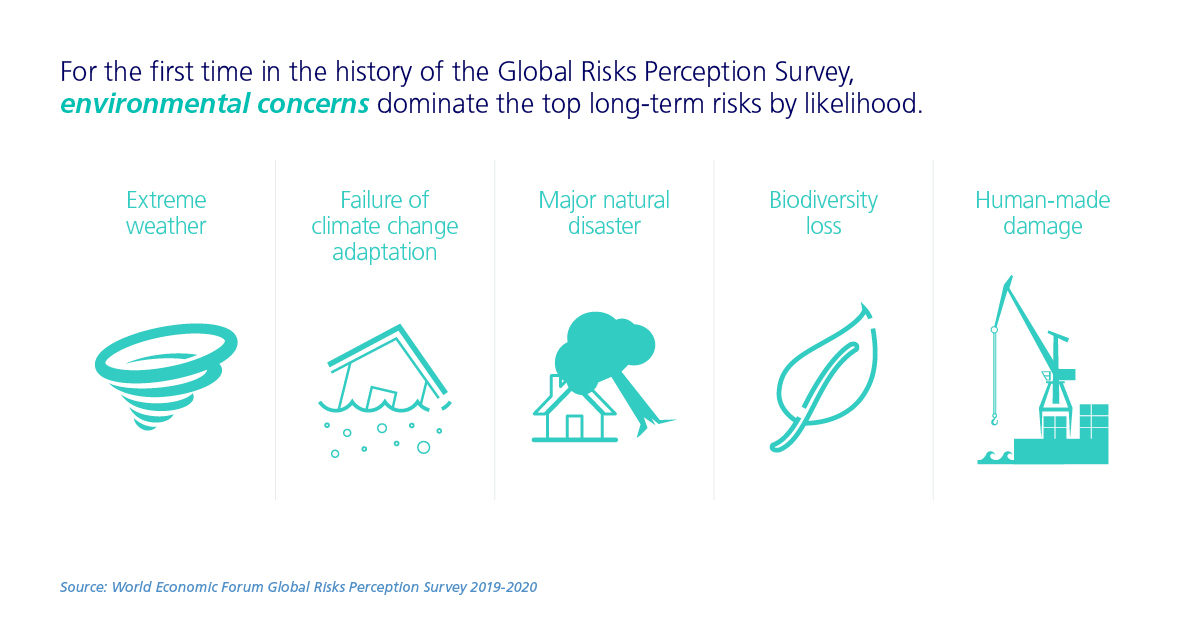 Relentless economic development has been a major factor in biodiversity decline - agricultural and urban expansion has altered three-quarters of the global land surface. Yet ‘biodiversity’ is mentioned in less than half of Fortune 500 company reports, with only a small handful setting measurable and timebound targets.

The value of nature

Mitigating the impact of biodiversity loss therefore requires a fundamental shift in economic thought. Businesses should develop metrics that assess the value of nature to their work and make these central to their decision-making. Extractives, construction, energy, fashion and textiles are among the industries most vulnerable to ecological destruction, and this takes many forms. 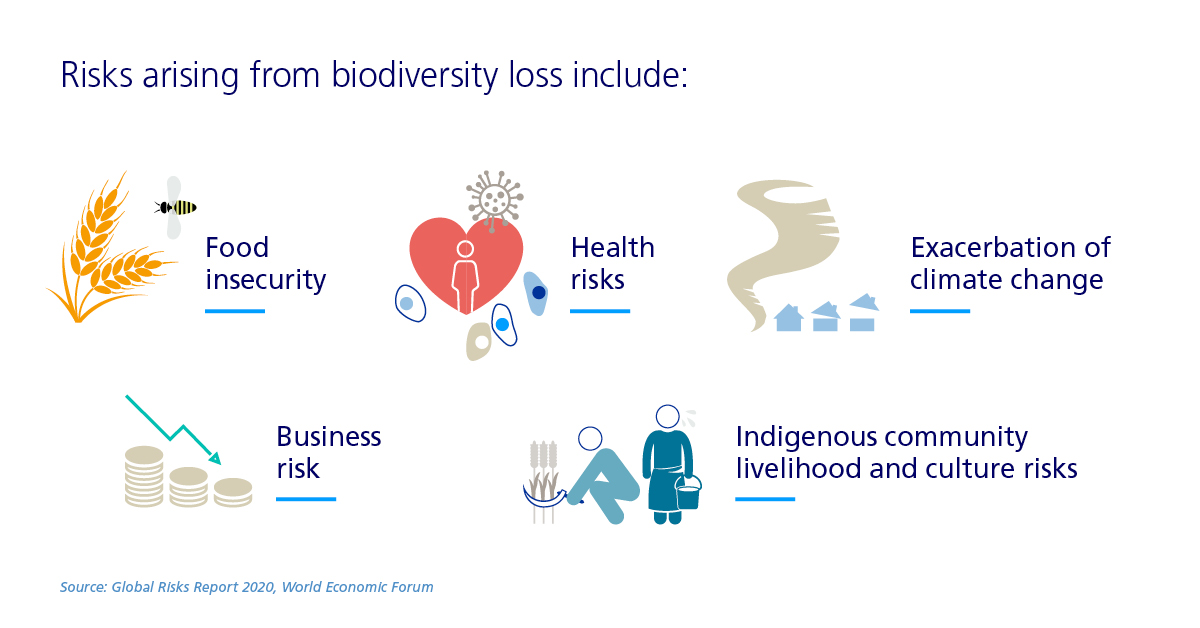 For example, weather-related property damage has been on the increase for years. In the UK, a recent study found that the number of households at risk to flooding will double by 2050. Worryingly, the US spends more on rebuilding after disasters than it does in preventing them. Zurich’s flood resilience alliance has found that for every dollar spent on prevention, five dollars are saved in avoided losses.

Prevention is clearly the most cost-efficient form of protection. In coastal areas, the restoration of wetlands, mangroves and coral reefs can be expected to create sufficient natural protection that insurance costs for local businesses would be reduced. Similarly, investment in sensible, ecological forestry practices would reduce insurance costs for sectors, like power and water utilities, that might be exposed to wildfire risks. 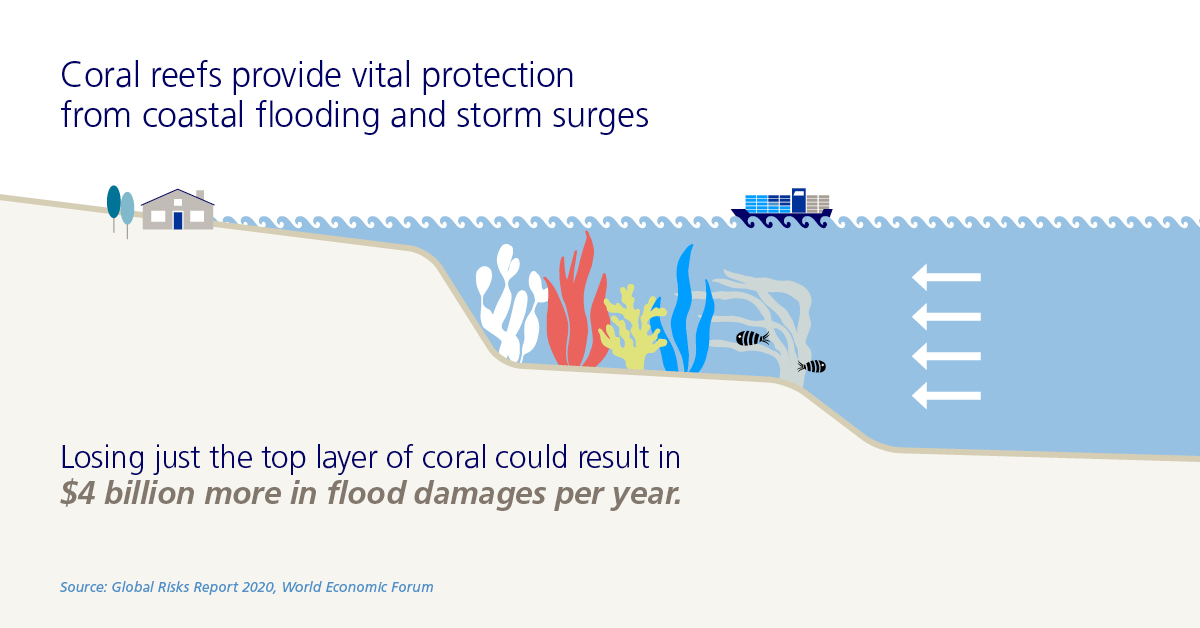 At the same time, however, the rise in environmental risks means that businesses need to review their insurance cover, and we are working with customers to identify and mitigate their climate change-related risks. Many will need multi-hazard coverage that would speed up recovery after a disaster, allowing them to retain their customers.

It is therefore vital for businesses and regulators to make biodiversity a key factor in managing so-called ‘transition risks’ – the problems and costs associated with making business more sustainable - because greater biodiversity makes it more likely that ecosystems will adapt to change. But protecting and replenishing biodiversity will be costly, and needs significant public funding. 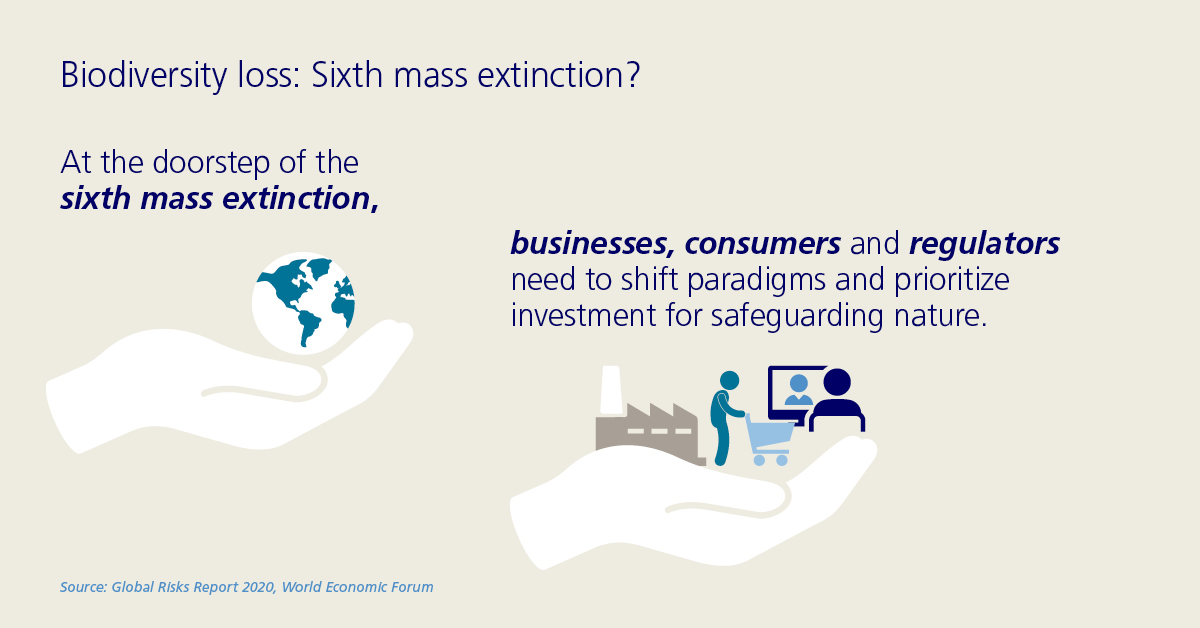 Never before – and certainly not on this global scale – has such collaboration between government and business been attempted. But the warning signs can no longer be ignored – they are part of an increasingly complex and interconnected series of risks that face us all. And caring for business means considering everything that could affect it, from geopolitics to climate change, from financial to biodiversity, which is why we all have a duty to act.